Starting December 5th I will begin posting my twenty favorite albums of 2019. Five of the albums on my list this year are nominated to Grammy’s including two for the top prize of Album of the Year. Two more albums contain songs that are also nominated. In all my list contains 19 Grammy nominations.

I thought I would do a little something new this year. Since I only include full albums of new recordings on my list I feel like I am leaving a few things out every year.

My most anticipated song of the year did not disappoint. They came out blazing with a hardcore punk track as their lead single from the new album coming in February.

Do You Feel Me EP by Oliver Tree

Oliver Tree is fun and hilarious and really knows how to write catchy songs. Check out his  videos too. 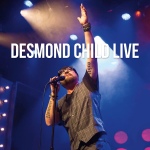 Desmond Child is one of the all time greatest songwriters and he showcases his work here playing his own interpretations of his biggest hits. Songs Like Livin’ On a Prayer, Dude Looks Like A Lady, I was Made For Lovin’ You, I Hate Myself For Loving You, How Can We Be Lovers, Livin’ La Vida Loca.