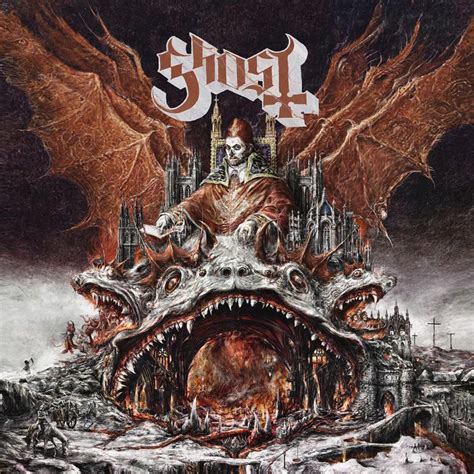 To appreciate Ghost you need to understand what Ghost is. They are a highly theatrical Occult-Rock band made up of the lead vocalist Tobias Forge and a backing band of nameless ghouls. Forge plays a character know as Cardinal Copia who is actually the fourth character played by Forge throughout the bands existence. If you buy into the theatrics and story line you will better appreciate and understand the album.

Lyrics like “Just wanna be, wanna bewitch you in the moonlight” and “Don’t you forget about dying, don’t you forget about your friend death.” are so corny yet so relevant and fitting to their image. The sound reminds me a lot of 80’s metal, think Judas Priest or Ozzy Osbourne.