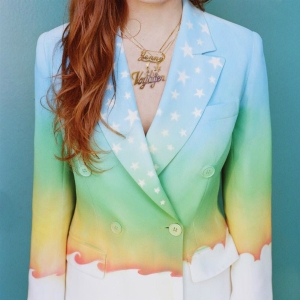 Former front woman of Rilo Kiley released her third solo album this year and this time it’s as good as anything she has ever done with her former band. I hold a high admiration for Rilo’s 2007 album “Under The Blacklight” so much so that it would have topped my list that year if I had been keeping track back then. The Voyager does everything right that Under The Blacklight did.

Jenny’s vocals have a way of sounding like she is singing directly to the listener in an intimate setting. She sings about relationships so vividly with an edge on incredibly smart lyrics. You have to love the reference to 80’s Metal on “The New You” soulfully singing about “Kill em’ All” and “The Headbanger’s Ball.”

If you were holding out for another Rilo Kiley album this is a worthy replacement.

Listen to The Voyager