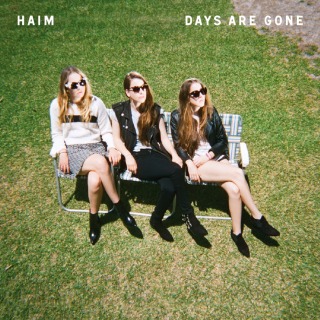 The debut album from the sister trio of Alana, Danielle and Este Haim is a masterful work of retro pop/rock art. Their sometime Wilson Phillips style pop songs are incredibly catchy and their alt rock tracks show their talent is limitless.

I first found out about Haim from their Saturday Night Live performance just weeks ago and have since been listening to the album nonstop. I actually had my top 20 list done and locked in before I even heard the album. They quickly skyrocketed up my list forcing Black Sabbath to sit this year out.


Listen to Days Are Gone